Tweet
Today's Image of Mars is of Athabasca Valles, an outflow channel on Mars created by catastrophic flooding. The source of water for the flooding is most likely Cerberus Fossae, a series of fissures and scarps on the surface of Mars.

It's difficult to tell how long ago the floods in Athabasca Valles occurred because they have almost entirely been covered by a lava flow the size of Oregon. This lava flow is considered the youngest discovered on Mars and is believed to have developed during the Amazonian Epoch, around 3 billion years ago. 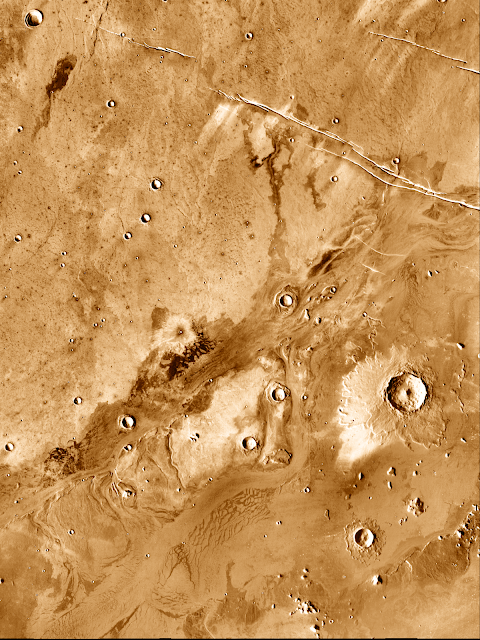