Why NASA's Manned Mission to Mars Will Happen

Tweet
Most people know that NASA recently ended the shuttle program and abandoned all plans to return to the moon. but what you may not know is that NASA has launched a much more ambitious mission. a Manned Mission to Mars. Many people do not believe any such plans will ever come to fruition; they look at the recent cuts to NASA and feel that only more will come. Many people look at the scrapped lunar mission and fear that the same will become of any future attempts at manned Mars travel. So what is the difference? Why will the a manned mission to Mars become reality when so many other projects have gone out the window? And better yet, why travel to Mars? 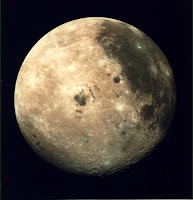 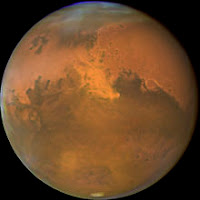 What's the point of taking a test that you already aced? What is there to prove by doing something you have already done? NASA going back to the Moon is the equivalent of you making your bed. You learned how to do that in your childhood, and it is expected that you should be able to do it now.


I don't go along with going to Moon first to build a launch pad to go to Mars. We should go to Mars from Earth orbit. We have already been to the Moon; we've already practiced. - Wally Schira, former NASA Astronaut


A manned mission to Mars would be a first for humanity. It would provide inspiration for millions of people and lead to new discoveries that would revolutionize the way humanity thinks of itself and the universe.

The Positive Challenge that Humanity Needs

As Robert Zubrin, head of The Mars Society and author of The Case For Mars (left) explains:

Mars is a bracing positive challenge that our society needs. Nations, like people, thrive on challenge and decay without it. The challenge of a humans-to-Mars program would be an invitation to adventure to every young person in the country, sending out the powerful clarion call: "Learn your science and you can become part of pioneering a new world."

He goes on to point out that if the prospect of colonizing Mars inspires even 1% of kids to pursue a scientific education, that would mean millions

Unfortunately there are naysayers who don't believe the economic benefits would outweigh the cost, so why else is human travel to Mars important?

The Chance of Finding Life and Why It Would Be Important

Many experts believe that there was once life on Mars and that it could still exist. If we discover life on Mars there are two possible scenarios.


NASA recently discovered evidence that there is currently flowing water on Mars, thus there are greater chances that life still exists (if it ever did) on The Red Planet. Why do we need to send humans to find life on Mars? Can't we just keep sending robots?

Humans are More Adaptable than Robots

Sending humans to Mars would much quicker at gathering information than sending probes like Mars Exploration Rover Opportunity or Mars Science Laboratory Curiosity. Humans on Mars could learn more information about The Red Planet in a few weeks than we have learned from years of having rovers on the surface.

A robot can only do things it was designed to do, so if you send it to examine the chemical composition of Martian rocks and soil it can only do that. If you send a manned mission to Mars, multiple functions can be performed. If humans encounter an unforeseen obstacle they can overcome it or adapt to it, but a robot that was designed for certain purposes cannot perform other tests or complete other, new objectives.

Humans can accomplish work quicker than robots because they can bring more tools and use them to perform more functions than any robot could. They are also more versatile and not impeded by obstacles like small craters or ravines. The adaptability and versatility of humans means that humans would be able to accomplish more on Mars than robots.

NASA Understands the Importance of a Manned Mission to Mars

NASA understands that putting humans on Mars would inspire millions, result in the creation of whole new industries, and increase our knowledge of The Red Planet. They also know that sending humans to Mars will enable them to definitively determine if there was, or still is life on Mars, and if so, whether that life shares a common origin with life on Earth. NASA realizes that robots can only do so much and that they need to send men to Mars.
So when NASA says they plan to put man on Mars in the 2030s, I believe them; they recognize the importance of a manned mission to Mars and will ensure that it gets done. The only question in my mind is whether SpaceX will travel to Mars first.

Did we really 'ace' the moon landing? Does going there 6 times really qualify acing it?

I don't buy the "1% of kids" argument. There are already far more willing scientists than there are available academic positions. Lack of inspiration is not the problem; lack of funding is.

We also have to encourage people to study because there won't be any less problems going forward, there will only be more and new ones, and a few old ones we thought we had gotten rid of.

Now is the time to move forward. There's money enough, money is not the problem. Having the courage to do it, that is the problem.

If Bob Zubrin builds that train to Mars and he can't find someone to sit in a can for 200 days [or whatever], I'm signing with both hands.

I'm surprised by the amount of people willing to colonise Mars, it would suck up there for literally decades and beyond. Boring habitat and uncomfortable atmosphere at best for the rest of your life.

If it was for a year long mission then I'd consider it, but that would have to go on for many many (at least a century I'd say) years before suitable human colonisation happened.

The mission to return to the Moon was not redo something that had already been done. Indeed, it was nothing of the kind! The original plan was to establish a permanent station on the Moon and thus provide a much more convenient staging ground and launch platform for exploration beyond the Moon. Plus, it would have been the first step in mining the Moon for needed materials on Earth. So I'd hardly think our return to the Moon as a waste of time on something that had already been done! In fact, returning to the Moon would have made our trip to Mars a much easier proposition with a station on the Moon from which to operate and launch.

So the benefits of returning to the Moon would have been multiple, with direct advantages to the people of Earth. Going to Mars without first establishing an outpost on the Moon will absolutely make it much harder to go to Mars.