With the head of the European Space Agency (ESA), Jean-Jacques Dordain, pledging to work together with the Russian Federal Space Agency (RKA) to send the first manned mission to Mars, one must wonder if the next space race has been initiated. [Europe and Russia Pledge to Send Man to Mars]

NASA recently cancelled their planned Constellation program, which would have attempted to put a permanent base on the moon in the 2020s in order to eventually use it as a launching platform for deep space missions. Instead they have made it their goal to put man on an asteroid by 2025 and a man on Mars by 2035.

Will actually beginning preparation for a joint European-Russian mission to Mars push up the priority of a similar mission in the United States? Will there be a competition between nations to get to Mars first?

ESA chief Dordain seems to have chosen the opportune time to announce this joint mission, as NASA's shuttle program just reached completion. The speculation is abound that this announcement will spark a new space race, with NASA on one end and the ESA and RKA on the other. 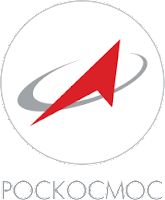 
The benefits of sending the first men to Mars are immeasurable, as the organization to do so would be given great prestige throughout the scientific community. They would also be able to perform tests that rovers are unable to. The first organizations to accomplish sending men to Mars would also have a head start on all future Martian development.

The next few months may see the start of a new space race, as the ESA and RKA's joint plans mature more and a timeline is created. If they develop a reasonable plan of action it may drive NASA to push their program up in order to get to Mars first. For now this is all just hope and speculation, but we have nothing without hope.

I think the biggest question is the how big a role corporations like SpaceX will play in the upcoming space race and future Mars travel and development.

America is done in space. The race will be between Russia and China if it happens at all.