Tweet
Today's Image of Mars comes from HiRISE and shows a 700 x 1100m cinder cone on the southern flank of Pavonis Mons, a large shield volcano. The cinder cone has some layers of hard rock, but most of it is made up of relatively soft material. Cinder cones are thought to be composed of pieces of lava hitting the ground during a small eruption.

Generally, eruptions would spew large amounts of lava, which would cool and produce a loose pile of lava rocks. It seems that in this case some pulses of the eruption let the lava land without cooling first. This allowed the lava to meld together and create the hard layers that are visible today.

I recommend checking this HiRISE photo out in high resolution, which you can access by clicking on the image below. [See the original HiRISE caption for this image] 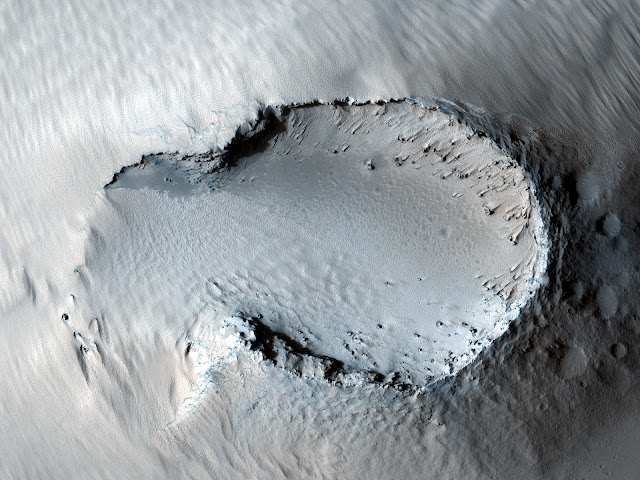