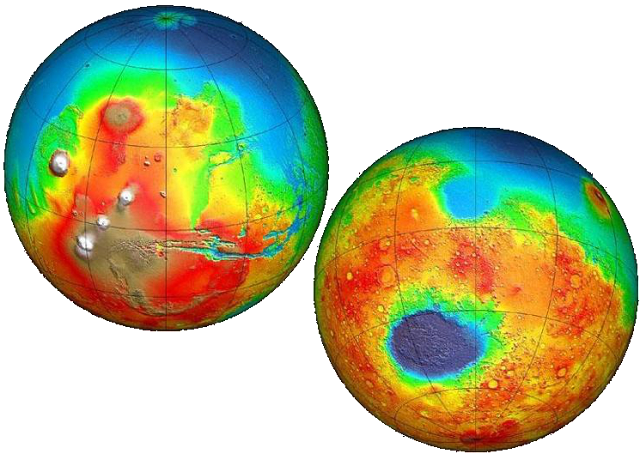 There are numerous theories to explain this highland-lowland dichotomy. In a previous post I detailed these theories, but I will reproduce them below:

Scientists have longed believed that the North Polar Basin (Borealis Basin) could have held an ocean in the distant Martian past. This theoretical ocean is called Oceanus Borealis. Recently new evidence has shown 100m thick sedimentary deposits from the putative ocean that differ significantly from volcanic rock.

One question that has always puzzled scientists is, Where did the ocean go? Recent radar mapping from the Mars Express Orbiter indicates that there is an enormous amount of water-ice beneath the Martian surface, and not just at the poles. It is possible that much of the water from Oceanus Borealis is still present, but frozen underground. It is believed that there was a liquid ocean as recently as 3 billions years ago, but that the water has since retreated underground.