Tweet
Mars Travel seeks to provoke interest in the further exploration of Mars. Everyday Mars Travel chooses a photo of Mars, researches it, and posts information about the image. The hope is that showcasing these magnificent images of Mars and the discoveries already made will inspire people to take an interest in The Red Planet. Mars Travel also posts articles related to Mars and its exploration.

Right now Mars Travel is a one-man show. I'm an average guy who loves space and wishes humanity was as interested in its exploration as I am. I'm particularly interested in Mars and hope that one day soon we will have men on Mars. I admit that I subscribe to Elon Musk's line of thinking when he said "Ultimately, the thing that is super important in the grand scale of history is 'Are we on the path to becoming a multi-planet species or not?' And if we're not, that's not a very bright future, we'll simply be hanging out on Earth until some eventual calamity claims us."

The mission is ambitious, to say the least, but someone has to try and I'm willing and able to put in the effort.


About Mars Travel, the Company


"We are a capitalist nation, of which ads on the side of space craft are an inevitable consequence of free-market exploitations." - Neil deGrasse Tyson in response to a question from Mars Travel

Mars Travel is a company dedicated to creating the means for the private space industry to secure funding by connecting them to corporations seeking publicity.


Millions of people worldwide follow even minor space missions and news networks air coverage of almost every new launch. Popular missions are discussed for decades, with images of the spacecraft used in every article, news program, or history lesson about the mission. Take Mars Exploration Rover Opportunity for example: the rendition below is used by news networks worldwide almost every time a new development is made in the mission. 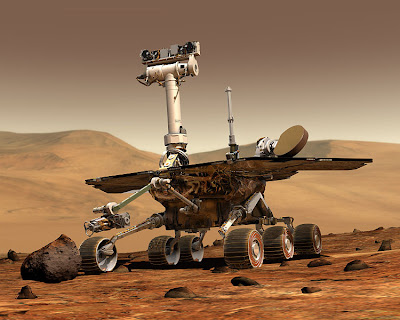 If a company had their logo on the Mars rover then every image of the rover used could also have their logo, thus giving them publicity whenever a photo of the rover is used. Let's take a look at what the rover could look like with some advertising on it. 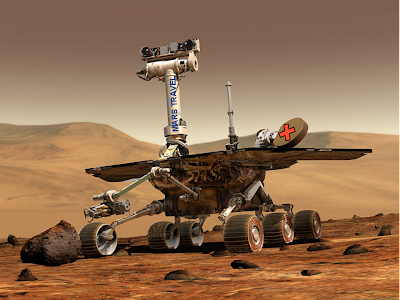 Mars Exploration Rover Opportunity is just one of many space missions launched every year. Each one provides an opportunity for publicity to an investing company.

In the 2011 Superbowl companies paid a record $3 million dollars to air a 30 second commercial. The Superbowl had an average of 111 million viewers tuned in at any one time. If companies are willing to pay so much for 30 seconds of air time, surely they will be willing to sponsor a mission and receive publicity from every image ever taken of the spacecraft.

Or better yet, what if a company sponsored a mission and got the spacecraft named after them? Every mention of the mission would have their name in it and bring them publicity. You can't even think about a Pizza Hut Mars Lander without thinking about Pizza Hut. Any discoveries made on the sponsored mission would always have that company's name associated with it. If that isn't publicity, what is?

The goal of Mars Travel is to connect space companies and their projects to corporations seeking publicity by acting as the liaison between the two businesses. Mars Travel seeks to promote the development and exploration of space by connecting private sources of funding to space projects and missions in need of sponsorship.

Mars Travel hopes to play a part in the commercialization of space and help pave the way for manned missions to Mars and beyond.

Note: Mars Travel is not affiliated with any government agency or company.